Miles Schlichte Jr. is not a man who scares easily. But on Sept. 11, 2001, when the Gloucester firefighter found himself arriving at dusk in a “still smoking, burning” New York City, he was, he says, “terrified.”

During all his years as a first responder, Schlichte, then a Gloucester Fire Department captain, thought he’d seen everything. But nothing could have prepared him for what he was about to see over the next eight days. 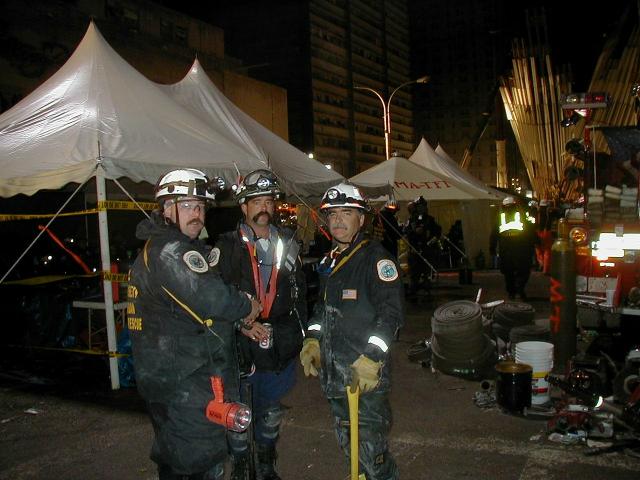 That Tuesday, had dawned as any other day for Schlichte. He’d found that blue sky morning remarkably beautiful, and when he first heard that a plane had crashed into the World Trade Center towers, he thought it was an accident.

Nevertheless, as a longtime member of Massachusetts Task Force 1 FEMA team, he thought he’d swing by its Beverly headquarters to see if the team could use some help. Next thing he knew he was en route to what would come to be known over the next few week as “the pile,” then as Ground Zero— two words which, like the words Pearl and Harbor, would come to live in infamy.

What Schlichte recalls of those first two days is “chaos.”

Lower Manhattan, says Schlichte, “was pulverized.” New York City firefighters were not only shellshocked but reeling from the loss of 343 of their own, including a significant number of top brass and members of then Mayor Rudy Giuliani’s Emergency Task Force. “So first,” recalls Schlichte, “they had to figure out who was now in charge.”

Fires were everywhere, he says, rumors were swirling: of a third plane, a dirty bomb, explosives on the bridges, in the subways. The mindset, he says, was not “we have been attacked,” but “we are under attack, we are at war.” Paranoia was as pervasive as the ghostly gray dust, and the ghostly gray dust was everywhere. “The enemy was invisible, the enemy could be anyone, anything. Everything seemed like a potential trap, even food donations were suspect, were a threat,” says Schlichte.

The island of Manhattan shut itself off from the world. Schlichte, who had never before set foot on Manhattan, waited with the rest of the 80-member Task Force 1 team for assignments that never came. It was not until the third day, when the National Guard arrived, he says, that a truly coordinated effort was able to get underway.

Meantime, he and his FEMA teammates had settled into the vast Javits Convention Center, a few miles north of Ground Zero. There they joined hundreds of other first responders sleeping by night on rows of cots and pitching in any way they could, which at that point, says Schlichte, came down to a lot of “garbage collecting.”

This was not what the members of Beverly’s Task Force 1 team, highly skilled in urban search and rescue, were trained to do, nor was it what they’d envisioned themselves doing as 9/11 first responders. But what they were trained to do —rush into burning, collapsing buildings, to save lives —  was no longer possible. “When I saw that condo collapse down in Florida, I thought ‘it’s like a mini 9/11,’ ” says Schlichte. “There was nothing to rescue, nothing to find, those people were vaporized.”

Schlichte did eventually join the scores of searchers combing the wreckage of the World Trade Center. “There was that big globe that somehow survived the wreckage,” he says, “and that was our landmark, how we knew east from west, north from south.”

Upwards of 15 acres of ruins, four to five stories high, all of it smoldering, melted rescuers’ boots on their feet, he says. Holes like vertical tunnels took them down, rappelling on ropes into the wreckage. Sometimes, says Schlichte, they’d find open spaces and this would give them hope that they might find someone, anyone, dead or alive.

Anything was better than what they were, by this time finding, which was mostly body parts. The Beverly team never did find any survivors. Once, says Schlichte, he found an expensive watch in the wreckage, and later, months later, he heard that the watch had been returned to the victim’s family. This he recalls as a heartwarming, small but poignant victory.

Four years ago Schlichte retired from the Gloucester Fire Department as deputy fire chief, and today he thinks himself lucky that 20 year later, his health remains untouched by the air, the dust, the incineration that is still adding to the death toll of Sept. 11, 2001. He is not given to showing his emotions, he says. But when asked about the emotional toll of those eight September days, he says, “Well, it’s twenty years later, and I think you can hear it.”

You can. If not in his words, then in his voice, which is breaking.

Joann MacKenzie may be contacted at 978-675-2708, or jomackenzie@gloucestertimes.com.